Generate changes in your partner without arguing

Many couples often fall into the error of keeping what they do not like about their partner in good times and end up reproaching them in bad times. Causing as expected, a dire consequences for the emotional well-being of the relationship.

We do not have enough to go through a bad time, many times for silly discussions, but we also bring to the fore all the crap we had to throw it in the face at the worst time. And if the discussion is also by written means without nonverbal communication such as WhatsApp, then the super mess is already mounted. Generating chaos where it is difficult for us control our emotions.

Propose possible changes without judging and in the best moments

If you don't like something about your partner and want to try to convince her to change, the worst thing you can do is tell her in an argument because at that moment she will find herself on the defensive. It is going to take almost anything you say as an attack, and instead of listening to you, what you are going to do is defend yourself with cape and sword. He will look for arguments that support the acts and attitudes you are accusing and want him to change, or worse, he will respond with equally scathing criticisms of you.

Before the attacks, we receive a defense, often they can even be defenses out of all logic, but when we attack another person's ego, their pride almost always jumps.

In any discussion, it is not a thesis that defends itself but oneself.
Paul Valéry

Get your books now:

The problems are better to tackle them one by one in moments of serenity, when all is well and our emotions remain stable and positive. You may be enjoying a beautiful day together, and in passing, with a little humor and without giving it too much importance, drop something that you do not like and that you would like to change, always with respect and in order to improve the relationship.

YOUR BRAVE JUNGLE GLASSES FOR THIS SUMMER

In this way you catch the other person in a good mood and willing to listen to you and even correct what you say in order to stay that good. Whether you are right or wrong, or your answer is indifferent, you will have the certainty that you have told him, so, your partner already knows and will surely meditate.

Many shout and argue until the other is silent. They think they have convinced him. And they are always wrong.

Remember also that all people neither grasp nor direct a long list of "suggestions" of change. This is another of the great inefficiencies that present many discussions, which we overwhelm from many fronts and in the end nothing is clear. The stimuli that we can process are limited, so forget about writing a long numbered list of changes that you would like your partner to have, and worry about going slowly and one by one releasing those suggestions at positive times, and remembering With the same good attitude these suggestions.

Sharing both this attitude, in the long run you will know each other much better and you will have managed to adapt to each other, without going through a hell of accusations and grudges that end up destroying even the strongest relationships.

Do not miss my article:
Solve and avoid silly couple discussions

Resigning is not the solution to problems. It can be a good strategy for small things without importance. But for what really matters, for what we feel is valuable and vital in our lives, resignation is a time bomb. Better to fight! Although defeat stalks us and succumbs to the trembling of our bones. 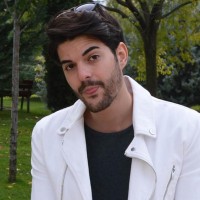 David Jungle Administrator
Passionate about psychology, poetry and fashion, David Jungle is founder and CEO of BRAVE JUNGLE. Being one of the brand's designers, author of most blog articles and coach of our courses. Author of the books: Awake Beauty, Flirt by WhatApp and We Live in Poetry.
world wide web
https://bravejungle.com
e-mail
davidjunglegl@gmail.com
follow me

What are you looking for?

Українська
We use cookies to ensure that we give the best user experience on our website. If you continue using this site we will assume that you agree.I agreePrivacy Policy